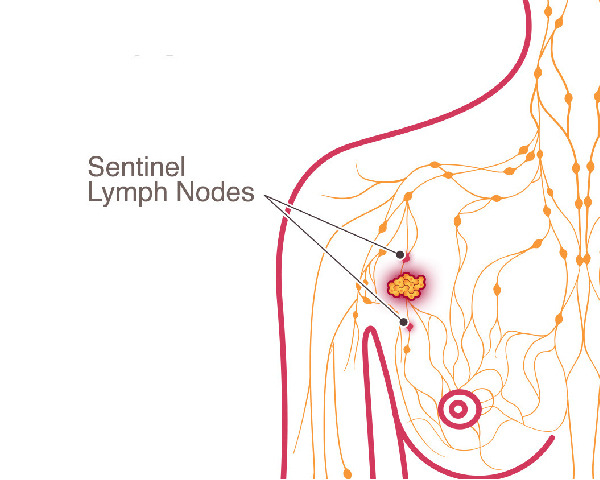 Lymph Node Excision / Biopsy is a surgical procedure which checks for disease within the lymph nodes. Lymph nodes are very small oval-shaped organs located in different parts of the body. Typically found close to internal organs like lung, intestines, stomach & breast in areas like neck, groin & armpits. Lymph nodes are basically part of our immune system which helps us fight off infections. Lymph nodes can swell & appear as a lump beneath skin in response to an infection. Doctors may order a lymph node biopsy if these nodes remain swollen or grow even larger.

Lymph node biopsy at Vitality Health Services is a day care procedure. The doctor will either remove the entire lymph node or just a tissue sample from the swollen lymph node. Subsequently it will be sent to the lab for analysis. Here are the three ways lymph node biopsy can be performed.

Talk about the medications you are taking to the doctor prior to scheduling your lymph node biopsy. Non-prescription medications like aspirin, other blood thinners & supplements should also be included. You should also let the doctor know if you are pregnant & about latex allergies, medication allergies & about bleeding disorders if you have any. You will also have to stop taking prescription & non-prescription blood thinner medications at least 5 days before the scheduled lymph node biopsy. Stopping eating or drinking several hours prior to the scheduled biopsy is also necessary. Other specific instructions on how to prepare for lymph node biopsy will be instructed by the operating surgeon.

Tenderness & pain can last for a few days following lymph node biopsy. You should keep the biopsy incision site clean & dry at all times after returning home. You may also be instructed by the doctor to avoid shower or bath for a couple of days following biopsy operation. You should pay close attention to biopsy site incision & general physical condition following the procedure. Make it a point to call the doctor immediately if you show any signs of infection or complications.

Test results following lymph node biopsy will be ready within 5 – 7 days. Vitality Health Services will call you with the results & a follow-up visit may be scheduled. Doctors are likely to look for signs of infection, immune disorders or cancer with a lymph node biopsy. Biopsy results will indicate if you are having any of these conditions. Conditions which a lymph node biopsy can detect include the following.

Lymph Node Biopsy is relatively a minor procedure. However, this will help the doctor determine the cause of your swollen lymph node. It would be sensible to talk to the doctor about your lymph node biopsy & the results of the procedure.